Merry Christmas! I'm writing this post a lot earlier than usual because first, I would like to avoid the Part 6 situation in having to be very considerate about the presentation of content as a consequence in trying to cover too much.

Second, I have to do this thing called "work-life balance" where I should be seeing family and friends over the holidays. Because, it is the responsible thing to do. Okay I'll be less sarcastic, and serious.

Everyone should try to have a healthy balance of work, life, and play.

Work and play are usually easy for me, but keeping up with life tends to be more of a challenge. I have had issues keeping up with friends, and the interesting people I meet in my life over the years. It sucks because these are chances where I get to hear about their interesting stories that happen in their life. If you want me to put it in a slightly more motivating manner -- it is ripe JRPG story material. See: Write Who You Know.

I also got this new wireless mechanical keyboard. It's pretty cool. It's a K2 Keychron wired/wireless keyboard with brown switches. I really like the color scheme, and the feel of the key travel when I type. Nothing beats an IBM Model M, though. I do have a few (3) laying around, but I'm not using one of my IBM Model M keyboards because of the bulkiness. Okay, I lie, I do have one tucked under my desk for my Win98 retro-gaming PC.

My wife has a wireless mechanical keyboard and one of those pretty/minimalist setups you see in pictures of people showing off their set ups. Seeing her work productively in such a clean desk has made me a bit jealous. So I've been copying her, but that isn't the only reason.

Another reason why I have been trying to keep my work space cleaner lately as I would prefer to have a comfortable workspace to pull out notebooks and write. After all, it's what keeps this series alive. These posts all start out with the classic model of paper, and pen.

I've actually went from having 2 monitors to just a single 4K (Dell Ultrasharp) screen directly in front of me. My older Windows 98 desktop is on the same desk along with a now unused Xeon workstation right under me which I had used more when I was working at Microsoft. (I used to do a lot of number crunching, and benchmarking for POC software.)

Anyway, I'll slowly put together my awesome workspace, and will probably give an overview and picture when I can!

One feedback that has been given to me by Scott is that Discipline would probably be the more appropriate word for describing character job classes within the context of the project we are working on together.

Part 6 left us off in a state where we had basic disciplines working. We were able to allow characters to be either a White Mage, or a Black Mage in our tests. However, there were a few things that were incomplete.

The aim for this post is to address them here, and provide a better experience when it comes to managing disciplines.

As usual, you can find all code within the jrpg-system code repository in GitHub.

Or, you can directly go to the specific commit discussed in this post here:

Remember that each discipline contains a set of Scaler objects which determines the next value and growth rate a particular statistic. For the Freelancer, the scalers were linear which grew only by an offset of 1 after every level.

Each Scaler had this snippet of code to determine the next value of a specific statistic:

The implemented examples of the Black and White Mages also lazily used this approach.

This can be easily solved by implementing different types of scalers specifically tied to the discipline.

The above is not a general law when it comes to Black and White mages in JRPGs, but I have decided on it simply because it is an easy way to get the point across for what I am about to walk through. 😄 Every game does it differently, and so point noted.

Notice that every single scaler implements a IStatisticScaler which has the following two methods:

We can actually make it easier to create these Scaler type objects by defining a base class BaseScaler which will hold a default implementation. Then, every Scaler can override either, or both of the methods. This provides a slightly quicker, and more convenient experience in building new disciplines.

To quickly show an implemented example, here is what a EvasionScaler looks like for a Black Mage:

Note that we just have to do 2 things:

We can see that our Black Mage has Evasion that can grow either 2, or 3 points after each level. Let's contrast this to the Evasion stat of the White Mage:

Whooo! Looks pretty simple right? It's because for the White Mage, we can just use the default implementation of NewStatistic found in the base class! In a real game, it would probably be in our best interest to provide meaningful logic.

Now, we'll just need to update the custom BlackMage and WhiteMage implementations to initialize their custom scalers and override methods that will use them.

For example in the constructor of the BlackMage:

Of course then, the same is done across all custom implementations of BaseCharacterClass. 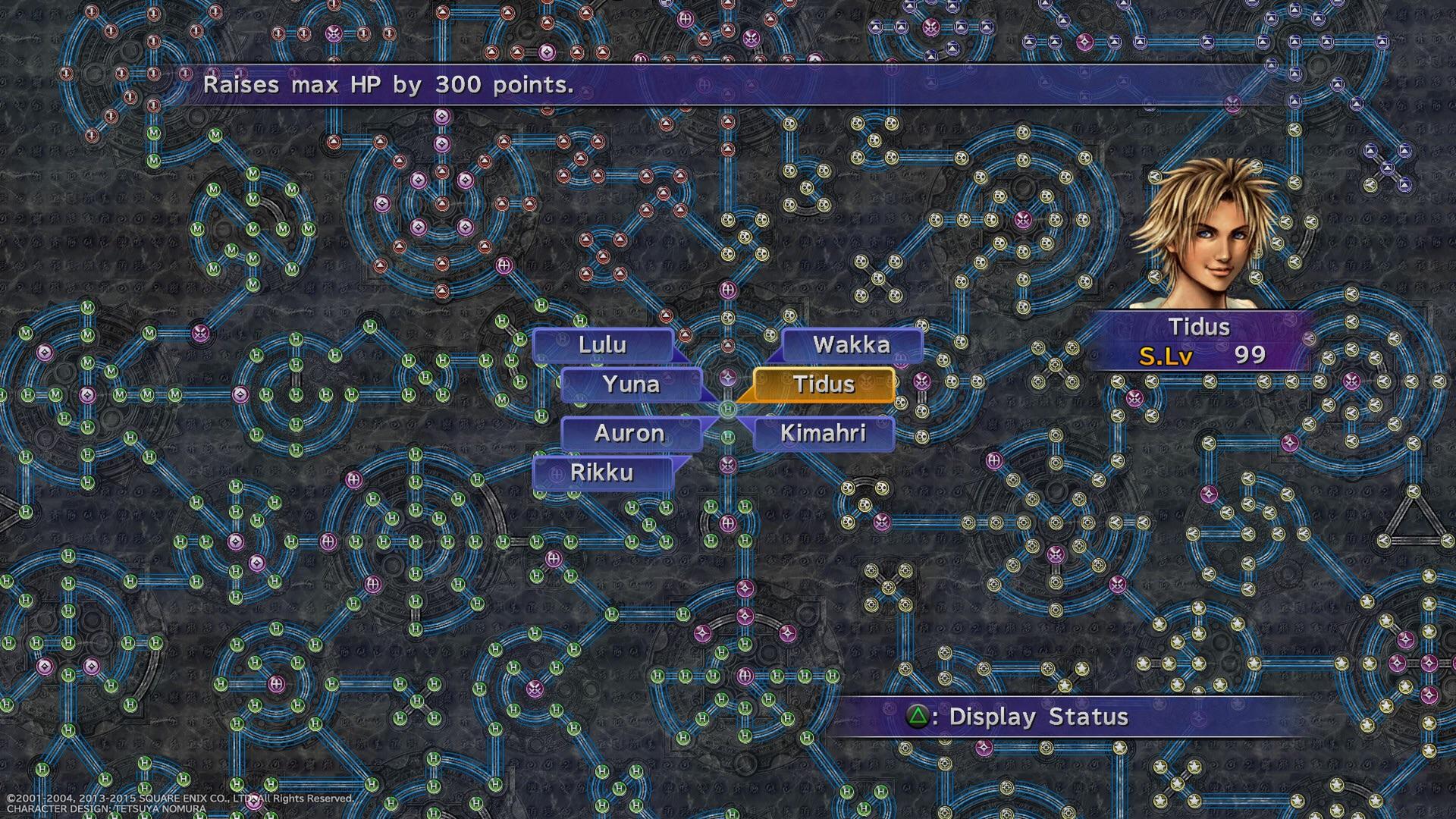 Would totally suck if you lost all this progress, huh?

As noted previously, the biggest flaw about switching discipline was that a switch caused the character to lose the current experience accrued along with their current HP, MP, and Level.

We can easily fix this by adding more logic within Character::ChangeClass.

All that is needed to be done is to:

I am aware this could probably impact performance when a character switches discipline. For example, what if the character is switching at Level 200? We would have to level up 200 times in order to achieve parity. I am aware this can be improved, but it is the easiest implementation right now to keep moving along on our adventure. ⏳

Techniques are declaratively defined against the class in a JSON file like this:

Then there is no reason why we are doing this now:

Instead, we can make things easier by expecting to have all techniques loaded by using the information found in the definition file. Then, we can create a discipline by simply initializing it:

We'll need to change how the BaseCharacterClass itself is initialized. It currently takes in a single parameter, Dictionary<StatisticType, Statistic> to load in the default starting set of statistics for the specific discipline. However, now we will need to add two additional parameters:

Then in ClassManager, we can make use of this new information by modifying the class to maintain the the entire registry of available TechniqueDefinition found within the entire game.

The next modification in ClassManager involves modifying the GetCharacterClassInstance() factory method to intiailize the character class instance with the two new additional parameters involving techniques.

We are not totally done yet. We will have to modify the constructor signatures of the custom discplines. Shown below is an example for White Mage. Notice the call to the base class constructor.

The last thing to remember is to provide a means to validate whether, or not the character is allowed to use a specific technique relating to their discipline. This handles the case where a lower level character is prevented from using a higher level technique.

We can provide a helper method in the Character class for convenience. Here is Character::CanUseTechnique.

We will now add two new tests to the TestCharacterClass.cs file to demonstrate our changes.

Definitely a large test here, but don't be intimidated! Most of it is just more or less variable assignments to help make understanding the test easier.

First, we create our favorite character, Cloud, and have him start out as a Freelancer. Then we just continuously add experience points until he is at Level 11.

We'll then save the current Level, Experience, HP and MP to be checked later.

The test assertion then involves checking against the values saved from when Cloud was a Freelancer to the values found when Cloud was a White, and Black Mage. The expectation here is that regardless of the discipline, the saved Level, Experience, HP, and MP from each discipline should all be equal to each other.

The next set of checks involve seeing whether or not as a White Mage, Cloud had higher defensive/stamina-related stats. We should expect then:

For the Black Mage

Most notably, when as a Black Mage, at Level 11, Cloud should not be allowed to use Firaga. It is until we level up past the minimum required level that Cloud learns Firaga.

Alright! I hope that turned out to be a more digestable overview of the set of changes I have made to the character system. Next, we'll be taking a look at NPCs, and Enemies. We're getting closer to interacting with characters through dialog, and battle. Hint, hint.