Pierre Bezier invented the Bezier curve when working at Renault.

The matrix multiplication expression to interpolate a Bezier curve at any parameter is given by:

, and are points in which the curve ultimately pass through. , and serve the purpose in that they control the curvature of the curve. Moving these points around individually yields a different curve.

So how do we obtain the coefficient matrix ?

The formal definition of the Bezier curve is given by the expression:

We only need to worry about here, so . If we expand the above, and sum all the polynomials, we obtain the basis polynomial:

Given , , , , we obtain the following curve where it passes through the first (), and last control points. 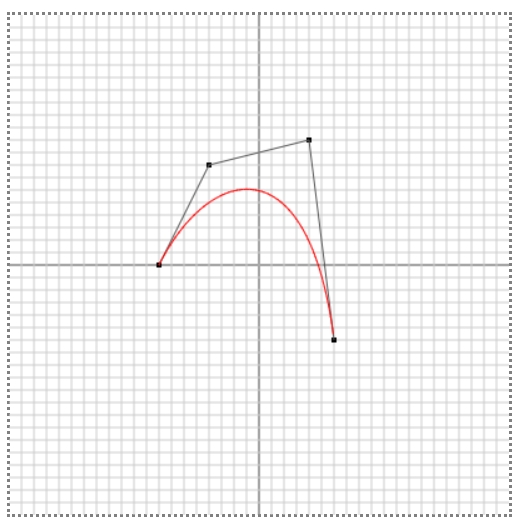